Showing posts from May, 2009
Show All 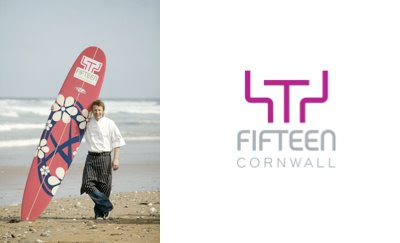 Reservations are now being taken for a special fundraising lunch at Fifteen Cornwall, Watergate Bay, on Thursday 11th June, when Jamie Oliver will be donning his chef whites and getting back in the kitchen.

Returning to Fifteen Cornwall for the graduation of the latest apprentices, and to welcome in the new cohort, Jamie will accompany Executive Chef Neil Haydock and the team of professional chefs to create a sublime three course lunch using the finest local seasonal ingredients. Fifteen Cornwall proudly aims to use a minimum of 80% local Cornish produce.

In what promises to be a fun and relaxed occasion, Jamie will be chatting to guests to take them through the menu. Dave Meneer, Fifteen Cornwall’s CEO, will be on hand to give guests a chance to put some questions to Jamie over the course of the lunch.

Later in the day Jamie will attend a private graduation ceremony for this year’s White Hats (Fifteen Cornwall’s apprentice chefs) after a year of training and experience in the kitchen. F…
3 comments
Read more 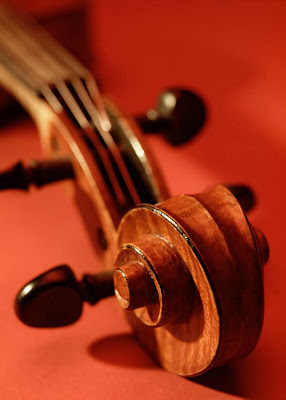 Fire fears disrupted a Truro concert held to mark 30 years of the city being twinned with Morlaix in France.

Organised by the Truro Morlaix Twinning Associaton, the concert was due to start at 3pm on April 18 in the Mayor's Parlour at Truro City Hall. However, just as the conductor stood with baton poised for the music to begin, the hall’s fire alarm sounded.

The audience, along with musicians from France and Cornwall, hastily evacuated the building. The concerned crowd then waited for half an hour in Boscawen Street whilst the fire brigade searched the building.

Finally the all clear was given and the rest of the concert passed off without a hitch, except for local cellist David Hoskin being temporarily stuck in a lift with one of the more mature French female musicians. 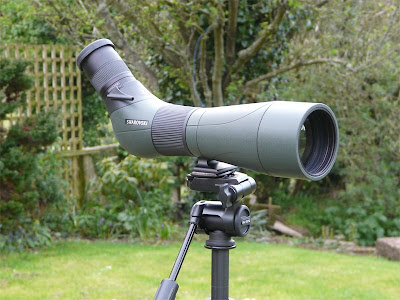 If you are fortunate enough to live near the Camel Trail in Cornwall, no doubt you have had a stroll or bike ride somewhere between Padstow and Bodmin, maybe even ventured the full length. Whatever the case I am sure you would have delighted in the bird life found all along this trail.

I wrote previously regarding bird watching on the Camel Estuary, and recently I took the plunge and purchased a scope to enhance my birding. It took me hours of research, visits to optic demonstrations in the field, and advice from other users before I finally made up my mind on which scope to go for.

No, it was not cheap, but I had been saving for some time and reasoned that I only want to buy once, and so in my research decided to get one of the best on the market. It hasn't let me down. In my opinion the optimum Zoom for clarity is around 35 - 40 times.

I am not a Swarovski salesman, nor am I suggesting you go out and buy one…
1 comment
Read more
More posts