Showing posts with the label charities
Show All

Emma Lloyd, Head of Fundraising for CHSW’s Precious Lives Appeal, says “The LESW Charity Skydive Challenge is a great idea and a brilliant way to get local businesses involved in helping our local cause whilst undertaking something exciting and challenging. We wish the courageous but caring skydivers all the best…
3 comments
Read more

Riding Out The Recession 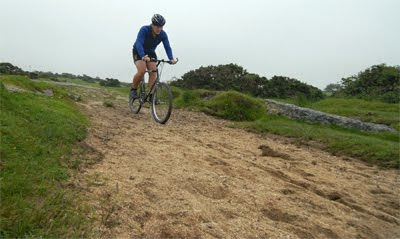 "My adventures cycling from Cornwall in the UK to Cape Town in South Africa by bicycle" This is the title of Sean Maher's blog reporting his experiences, trials and tribulations of cycling day after day in foreign lands.

Sean himself confesses he is not a pro at cycling, and has never done anything like this before. His witty accounts, though, make the onlooker feel very supportive of his quest and routing for him to achieve his desired goal.

Sean took on this cycle ride because he was out of university and didn't have a job to go to, so he decided to make the most of this opportunity and 'ride out the recession'. He did not just do this for his own experience though, but raised money for some very worthy charities - Pump Aid who work with communities in southern Africa, UNICEF who look after children in mainly developing countries, Wooden Spoon a charirty working to enhance underprivileged children's lives and the Robert John's Leukemia Fund.