Showing posts with the label location
Show All 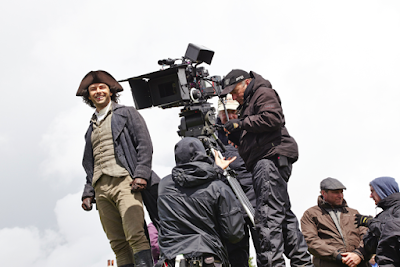 Poldark filming Aiden Turner with the second series script If you missed the BBC's remake of Winston Graham novels, Poldark then where were you? Not only was that acting and story excellent but also the set was pretty great too! Like the first series the second is to be filmed across our beautiful Cornwall, and rumour has it filming started a couple of days ago. Heida Reid and  Eleanor Tomlinson filming yesterday The Poldark crew filming at Charlestown for the first series For the first series we saw beautifully lit locations like the rugged Bodmin Moor with Poldark's house being located near St Breward, shots of the historic Charlestown harbour with its tall ships and the coastline of Botallack to Levant dotted with tin mines. Our beautiful beaches like Church Cove and Porthgwarra served as stunning backdrops to dramatic scenes of love and loss. Poldark filming for the first series Eleanor Tomlinson Keep your eyes peeled and you might just
Post a comment
Read more
More posts