Showing posts with the label st austell
Show All 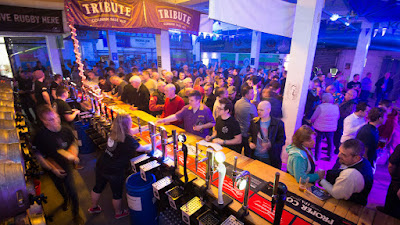 St Austell Brewery are hosting their 18th annual Celtic Beer Festival in the depths of their ancient cellars. There will be almost 200 beers to sample, along with favourites Tribute, Proper Job and Korev. Live bands will be playing day and night and 100% of the profit goes to the breweries charities in the South West. Taking place on November the 26th it proves to be a must for beer lovers out there.


The brewery itself was founded in 1851 by Cornishman Walter Hicks, and the company is still family owned and independent. According to their website - and it is changing all the time - they have produced 981,792,168 pints since 1851! Find out more about the festival here. 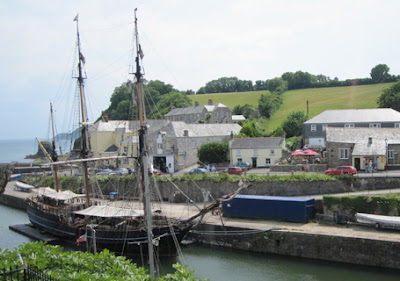 If you have ever visited Pentewan you would know what a sweet village it is. Delicious ice creams, great pubs and a beautiful sandy beach, what more could you want! Well from Pentewan Cycle Hire you can rent a bike and explore even more of this great county. There are many routes to choose from, cycle to the traditional fishing port of Mevagissey, or to the world famous Eden Project or even see the tall ships at Charlestown.

Ideal for a one day hire, see Cornwall from a different angle. They provide a large range of quality bikes and accessories for hire and purchase. There are just so many routes all catering to different levels, all from this beautiful corner of Cornwall.

Emma Lloyd, Head of Fundraising for CHSW’s Precious Lives Appeal, says “The LESW Charity Skydive Challenge is a great idea and a brilliant way to get local businesses involved in helping our local cause whilst undertaking something exciting and challenging. We wish the courageous but caring skydivers all the best…
3 comments
Read more 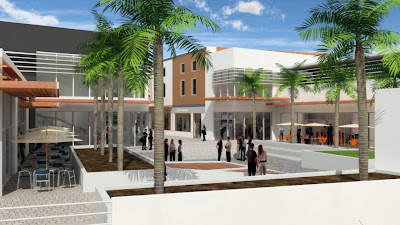 St Austell’s £75 million town centre scheme, White River Place, has joined an elite group of the UK’s top buildings by becoming one of the most environmentally-friendly developments in the country, it has been announced today.

Assessors working on behalf of BREEAM, the world’s most widely used environmental assessment method for buildings, have given White River Place a score of 74.16% and an ‘Excellent’ rating. Only a handful of the country’s retail schemes have reached this level.

The South West RDA (Regional Development Agency) is investing £31.5 million in the scheme, with the remainder of the funding from White River Developments, a subsidiary of Elan Homes.

Once completed, the re-development will include new shops, restaurants, a 550-space multi-storey car park and 69 apartments. The new four-screen White River Cinema and restaurant chain Frankie & Benny’s have already opened to the public, with others retailers in the process of fitting out their shops. The scheme, which…
2 comments
Read more

The final stages of construction are well underway and Sir Robert McAlpine, the scheme’s main contractor, currently has a work force on site of around 280 with building work taking place 12 hours a day, seven days a week.

£31.5 million is being invested in the scheme by the South West Regional Development Agency (RDA) with the remainder of funding from White River Developments.

Wilkinson and HBoS have taken possession of their units to enable them to start fitting out the interiors - other retailers will move in over the next few months to begin their fit-outs. The 550-space car park for the scheme is virtually complete with lighting, line markings and services all fitted, ready to hand over to operator APCOA for the final stages. 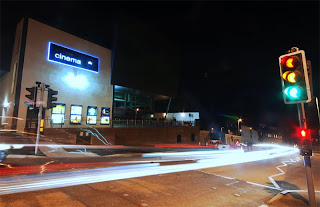 Cornwall’s first new cinema complex for over 70 years – White River Cinema in St Austell is gearing up for a busy Easter and will be preparing to welcome its 50,000th customer since opening.

Owners WTW Cinemas is reporting ‘consistently strong’ business with ‘record’ admissions during the first quarter of this year (January-March 09) and over the Christmas and New Year period. The two most popular films to date have been Academy award winning ‘Slumdog Millionaire’ and children’s feature ‘Bolt’.

White River Cinema has been a huge success with local people and visitors to St Austell since the £3.5 million building on Trinity Street was officially opened on Friday 19 December last year.

Mark Williams, General Manager of White River Cinema said: “Our initial forecasts for business have been more than exceeded. We are absolutely delighted with the first few months of trading and have been overwhelmed by the support, both locally and regionally and from customers who have visited our cine…
2 comments
Read more
More posts