Showing posts from June, 2013
Show All

The Fort Fest in Newquay 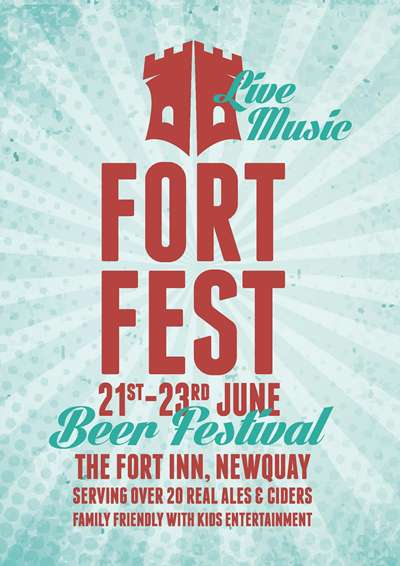 Three days of great bands, tasty food and real ales from all over the South West.

This will be the first of hopefully many yearly events that we will be putting together in aid of the Macmillan Cancer trust. At least 18 guest beers and six guest ciders will be on offer, as well as the usual range of award-winning St Austell draughts and a hearty hog roast.

Ten bands will perform over the three day festival and there be an opportunity for budding musicians to get on stage in between acts for open mic sessions.

Music will start at 12pm and go through until 10pm on the Friday and Saturday and 8pm on the Sunday. The lineup is as follows, with more acts set to be announced: